A little about me and the way that I teach

I thought it would be a good idea to explain a little about me and my approach to teaching French. 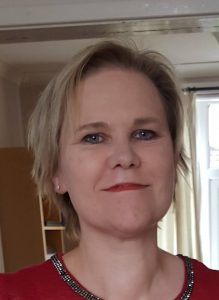 My background isn’t anything out of the ordinary.  I was born and bred in Wallsend in the North East of England (at the end of the Roman Wall) into a normal working class family.

You probably wouldn’t have expected me to end up living & working in France and with a side trip to Australia.

Well, I really liked my French classes at school and I chose to do French, History and English Lit at “A” level. The history course gave me an interest in the Russian revolution,  and it led me to choose Russian as my second language when I went to uni to study French, Russian and Politics.

After university and my trip to Oz and a few strange jobs (tour rep on a coach, assistant manager at McDonalds – don’t ask!) I progressed to studying a part-time MA in French.

This, in turn, led to a job in France.  I taught English to students on a business studies course at the University of Metz. After I returned to the UK I started working on a European project which linked up businesses in the north of England with businesses in the north of France. After that I decided to retrain and start my career teaching French to adults and teens.

So much for my career. What about my languages?

I’m not a natural linguist, which means that I can sympathise with people who come to my classes and struggle to get further than the basic phrases. I just love the language and have worked really hard to achieve fluency.

So what do I do to help you learn French?

I try to incorporate different teaching strategies into my classes.  For example, I encourage learners to play games (snap, blockbusters, snakes and ladders).  This engages you in learning new things without really realising it.

I follow a method of teaching which was started by Gianfranco Conti.  I find it a really interesting way of learning a language.  You may remember that at school you learned by rote and it probably wasn’t too inspiring.  Well, it did work though, because I bet you can remember your times tables or how to count to 10 in French, German or whichever language you learned.

Anyway, without going too much into the method (I’ll do that in another blog post) you work on key vocab that I put together on a sentence builder by listening, repeating, learning, speaking. This method enables you to learn chunks of vocabulary by doing various activities with great names such as pyramid translation and oral ping pong. It’s great fun and it really works.

One learner said to me “oh another sentence builder, it’s my favourite thing“. I teach a variety of classes which cover different levels and also I offer one to one classes – please get in touch if you are interested in finding out more. barbara@linguaforme.co.uk

Start Learning French
Be the first to get latest updates and exclusive content straight to your email inbox.
Give it a try, you can unsubscribe anytime.

This website uses cookies to improve your experience while you navigate through the website. Out of these, the cookies that are categorized as necessary are stored on your browser as they are essential for the working of basic functionalities of the website. We also use third-party cookies that help us analyze and understand how you use this website. These cookies will be stored in your browser only with your consent. You also have the option to opt-out of these cookies. But opting out of some of these cookies may affect your browsing experience.
Necessary Always Enabled
Necessary cookies are absolutely essential for the website to function properly. This category only includes cookies that ensures basic functionalities and security features of the website. These cookies do not store any personal information.
Non-necessary
Any cookies that may not be particularly necessary for the website to function and is used specifically to collect user personal data via analytics, ads, other embedded contents are termed as non-necessary cookies. It is mandatory to procure user consent prior to running these cookies on your website.
SAVE & ACCEPT
0